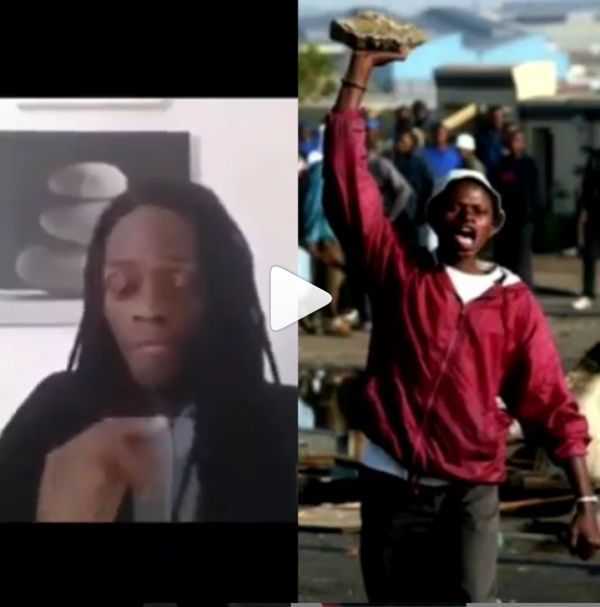 There are dumb people in every country. There are violent people in every country. But not every country has an outbreak of xenophobic attacks almost every single year.
There’s something uniquely broken in South African society which produces these recurring attacks.
A video of a South African man talking about the current xenophobic attacks gives some insight into what might be broken in that country.
In the video, the guy proudly declares they’re ready to attack any foreigner they see.
He said they won’t distinguish between blacks and whites and even added he feels ‘pride’ at killing fellow blacks.
This video alone should be enough to get him in jail otherwise it just emboldens others like him. The South African authorities need to step up if further damage is not to be done to their country’s already battered image.
Video below…